There are a few places in this world that remain blissfully perfect all year long. India (at least in its entirety) is not one of those places. It’s a fantastic place to visit I wish everyone the opportunity at least once in their life. I absolutely adore living here but we escape for a few months every year. For most places, the best time to visit India is Jan-March or September-October but it REALLY depends on which part of India you want to visit and what you’re planning to do. So let’s get into that so you can make the most of your trip!

When NOT to visit India: Golden Triangle

This region is in northern India and suffers from apocalyptic air pollution during the late fall/early winter from regional crop burning. The burning starts about a week prior to Diwali.  Diwali usually falls at the beginning of November – sometimes it falls at the end of October. By mid-December things have improved significantly we are often happily home during the second half of December but we limit our time outdoors – not ideal for sightseeing. If you are very concerned about the pollution you should avoid visiting during January as well.

The other months to avoid are June and July when it is unbearably hot. Agra and Jaipur have very little shade so I personally try to avoid in April and May as well but I live close, so I do have the luxury of being choosy.

August is a bit divisive because it is monsoon season but that doesn’t mean it rains all day, every day. Usually, there are stages of heavy showers that only last an hour or two. Plan for a slightly longer trip in case you see rain all day for a day or two. It is also a bit muggy in August, too muggy for some. For me personally, I love August in Delhi. The air is super clean and relief is given from the scorching summer heat from the rains. My kids splash in puddles in front of Historic Sites. It’s still warm enough to enjoy a few pool days and technicolor skies make their fabulous debut.

The weather is best in Goa between the months of November – March which makes it the high tourist season. However, some of the pollution has drifted south in November so I recommend October, + December – March when traveling with kids so you can enjoy the historical sites and stunning beaches all day long without worrying about the air quality.

Monsoon season is from June-September. Most large resorts will be open and you will enjoy the reduced crowds. Beach shack hotels will one closed and water sports also shut down during this time as the waters can be rough. The temperatures will be warm April- August as well, but is it ever really too warm for a beach vacation? You will save significantly if you visit Goa during the off seasons.

Tourists enjoy visiting Kerala during most months of the year, it is honestly one of my favorite places in the world! The very best time to visit though is Septemeber through March when the weather is quite pleasant. November-February is best for the backwaters. The monsoon season is from June-August. It is the low tourist season but it is considered the best time of year to visit for ayurvedic treatments. Waterfalls can also be experienced in their full glory. Check weather forecasts and be vigilant when visiting mountainous regions as they do see flash flooding and even landslides during the monsoon season. The only times of year to avoid Kerala are April and May when the temperatures soar.

During my last trip to Kerala where we explored the tea plantations, hiked a beautiful waterfall, watched dolphins jump around from an oceanside pizza-shack, explored the backwaters on a houseboat and more!

The weather is best in Assam from November-April. Pollution is not typically an issue here in this lush, green state.

Assam is home to two amazing wildlife sanctuaries with safaris. Kaziranga National Park is known for being the home of the largest population of One Horned Rhinoceros in the world! Manas Wildlife Sanctuary is about 4 hours away. It is home to many endangered species including; Pygmy hog, Indian Elephants, Tigers and Indian Rhinoceros.

The best time to visit Mumbai

Most people say the best time to visit Mumbai or elsewhere in the state of Maharashtra is November – February, but again the city experiences heavy pollution in November and December. So I would recommend September – October, or Jan-March. April and May will be too hot to enjoy sightseeing. September and October will be a bit warm and rainy but not enough to keep me away. 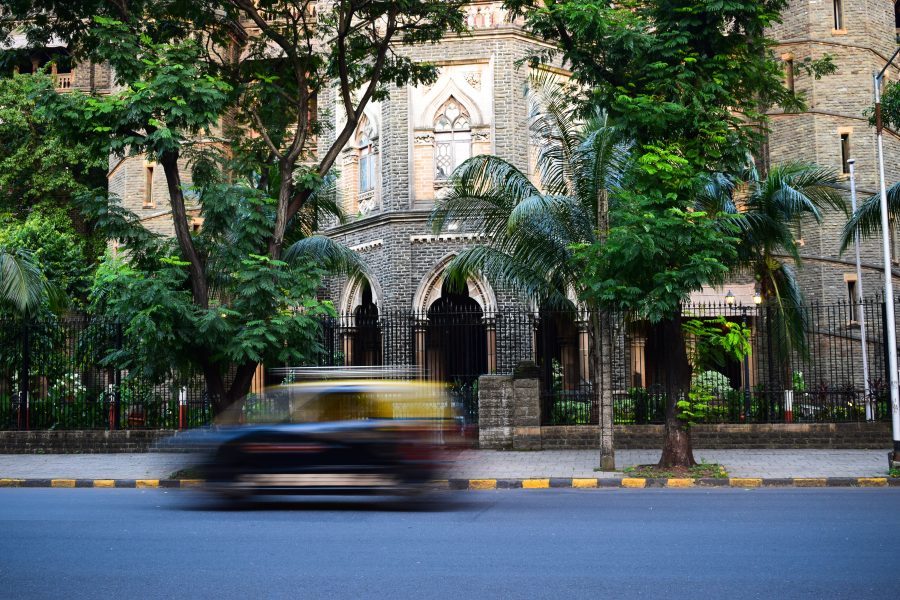 Ski season begins in January and ends at the end of March. February sees the greatest amount of snow so that is the absolute best time to visit if you are wanting to ski or snowboard. Keep in mind that reaching the ski resorts will be a bit of a trek.

If you are not wanting to visit a ski resort, the best time to visit would be March-June or September – October when the weather is pleasant for prolonged outdoor adventures.

If you have plans to visit Kolkata or the absolutely incredible Sunderbans National Park, then you will want to visit India between October and March, with the exception of November for the major cities. Last year, there were days in November where the pollution in Kolkata was worse than New Delhi. Remote areas such as the Sunderbans should still be fine in November. Which, If you are looking for a truly, one of a kind, off the beaten path trip, you NEED to check out the Sunderbans. It was one of the most unique vacations we’ve ever done, I consider it a once in a lifetime sort of trip.

Choosing the best time of year to visit India

So to recap, the worst months to visit most areas in the north of India are June -July, and November – December and the best time is usually September-October and Jan – March. The best time to visit the southernmost and northernmost parts of India is from October – March.

This list is obviously not exhaustive but I have tried to cover most of the big tourist hot-spots (they’re hot for a reason right?) so that you can get the most out of your trip!

If you are traveling to India with the baby of a toddler, this post is a must-read before your trip! You may also want to check out my guide avoiding food poisoning.

Visiting the Taj Mahal [Everything you need to know and more!]

Airplane Toys For Toddlers Why pack toddler toys for the plane? I'm a big fan of screentime on planes for toddlers old enough to appreciate it....

Gifts for moms who love to travel

Gifts for moms who love to travel Skip the flowers this year and buy her something she'll actually use! Here are the top travel-themed gifts...
Booking.com

Where to bring kids in Singapore