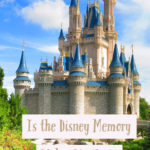 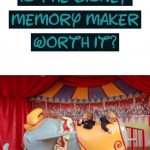 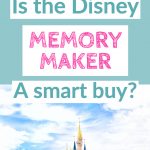 Is the Disney Memory maker worth it?

I’m a researcher. It probably has something to do with not being able to afford a proper meal growing up, but if something costs more than $100 I spend an inordinate amount of time researching my purchase beforehand. Here we were spending a TON of money on a week and a half long trip to Walt Disney World, I wanted to make sure we got our money’s worth. I saw the option of adding on the Disney World Memory Maker and thought it seemed like a great idea.

How does the Disney Memory Maker work?

The Disney Memory Maker is essentially a photo package. For a set price, you can download all of the photos taken of you (and your friends and family members) during your trip. Professional Photographers are found throughout the park, including at photogenic hot spots, ride entrances and Character meet and greets. After having your photo taken, you scan your card or magic band. Photos are then linked to your My Disney App where you can easily download straight to your phone.

Ride photos ARE included in the Disney Memory Maker. Some ride will automatically add them to your my Disney account. For others, you will have to scan your magic band afterward. 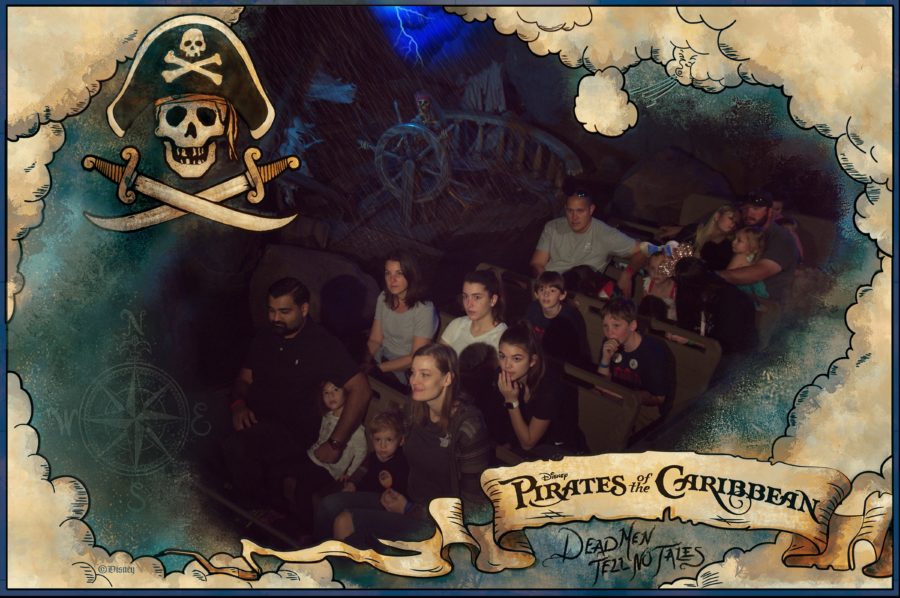 Photobooth image downloads are also included (except for the ones located inside of resort arcades). Unfortunately, the first one we tried was out of service. The second one was outside of Tomorrowland Speedway. It created a “Drivers License” image. It’s not a keeper, but fun for my toddler to take and look at! 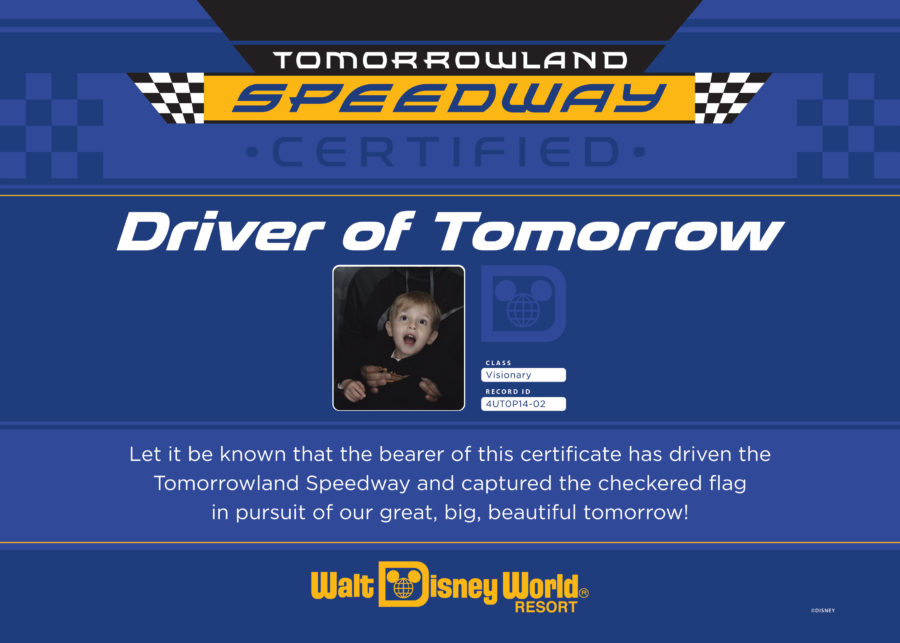 How long are the photos good for?

Photos can be taken in the park for up to 30 days. The images will remain in your account for download for 45 days after your 1st download.

Is the Memory Maker included in the annual pass?

YES! It is included for the entire year! If you currently have or are purchasing an annual pass, be sure to read my tips for getting the most out of your memory maker at the bottom of this post.

In true Disney style, the rates have recently gone up. If you buy the Disney Memory Maker in advance (at least 3 days before your 1st day in-park) you will pay $169. If you do not purchase in advance, the price is $199.

Can you buy Disney photos Individually?

Yes, you can without buying the memory maker at all – for about $15-$18 per image printed.

My experience with Disney Memory Maker

Professional photographers taking an unlimited amount of photos during our trip for a very reasonable cost! It sounded great. I read a few reviews online and decided to go for it. People loved getting photos with everyone in their family and the “magic infused” images. I was pretty excited to not lug my camera around and be able to just focus on enjoying myself during our family time.

For a week I left my camera at home. I took a few photos on my cell phone just because I had it on me but I noticed that a LOT of people had their cameras with them and were using them frequently. The photos started to load in through the Disney app and I immediately saw why.

Many of the photos were terrible. I mean really amateurish. The angles were off, some were crooked, some blurry and they were all unedited. You are not sent any large or RAW files so you can’t edit them too much to fix any problems. Several of the images were really crooked, I mean, they couldn’t even straighten the photos for you?  The “magic shot” photos looked extremely cheesy. In addition to being unhappy with the photographs themselves, we ran into several other issues.

Lines to have our photo taken by a Disney Photographer

Long lines. I mean, it IS Disney and there are lines everywhere but I found it annoying that we had to wait in 15-20 minute lines just to get a family photo. Once it was our turn, the photographers naturally felt rushed and would only take 2 photos. Here’s the thing. If you’re not a great photographer, at least take a few more shots in hopes of getting a nice one. I should note that we visited mid-December which is more crowded than some other times of the year.

When long lines get longer

One Photographer spent 15 minutes talking to a family whose daughter wanted to be a photographer. He went on about how amazing his job was. I was happy for him that he loved his job and was inspiring the young girl but a simple “I’ll be with you in a minute” would have gone a long way to those already 20 minutes in the line. We ended up not waiting for his conversation to end and went to find some yummy roasted almonds instead.

Because who doesn’t love unsolicited parenting advice? We wanted a family photo with all 4 of us. We waited 20 minutes in line and headed over to the bench where everyone was sitting. My very stubborn 2-year-old wanted to stand on the bench. I (her mother) wanted her to stand on the bench because I knew it would make for a nice photo. I was holding on to her, she was between two adults there literally was no issue. I had seen other photographers taking photos of other kids standing on benches.

This photographer (not knowing my child at all)  decided it was a problem for her to stand. I insisted it was fine. She insisted it was dangerous and my daughter would somehow fall down and break her tiny head open. I was polite and told her that my daughter has excellent balance and rock climbs in her free time at much greater heights (than the 2 feet high bench she was standing on) without issue. The photographer didn’t let up. She refused to take our photo. By then my daughter had lost interest in standing still and wanted to burn on some energy. Before getting up I briefly told the photographer that she should leave some things the discretion of the parents.

I took my daughter to a nearby bench where she repeated climbed up and jumped down. Each time putting her hands up after her jump, doing a bow and saying “Thank You, Thank You.” Each time the photographer looked over and gave me a slightly more dirty look. Girl needs to get her own child to overprotect.

We waited for a photo in Toy Story Land. (That place is seriously awesome!) Halfway through the line, the photographer announced that his camera had an issue. It was apparently shooting blue images and he wasn’t able to correct it. He had to go and get a replacement camera and would return in 15-20 minutes. Poor guy. We decided to not wait as our kids were antsy.

I should cut them some slack because Disney World can be a challenging place to photograph, they’re on their feet all day in all types of weather conditions and they only make $10-$13/hour. The majority of the photographers were very kind, great with the kids and we did get a handful of nice photos through the process.

Will Disney Photographers use my camera?

You do NOT need the Memory Maker to utilize Disney Photographers. I wish I had known this. I saw so many people handing over their phones and asking for a photo and never saw a single person refused so this seems to be a thing. You can even hand them your DSLR.

Would I recommend the Disney Memory Maker?

After a full week at Disney, I went through all our photos and decided there were only 9 I actually liked. That meant I spent $18 per photo. Which is pretty steep considering they were not mind-blowing or anything. I don’t even consider most of them to be professional quality images. That’s also the price for a simple download, not a print. I probably would have only paid for 3 or 4 so I would have saved money by purchasing a few printed photos individually.

The last day I took my DSLR camera with me and took more photos than I had got all week with the memory maker…… and I actually liked them!

So the burning question. Do I recommend the memory maker? Obviously not. At least for myself as someone who has a camera, takes good photos – (if I do say so myself) and can recognize a quality image when I see one).

I WOULD recommend the Memory Maker under the following circumstances:

If you DO decide to get the memory maker here are my tips on how to make the most of it:

If you decide to take your own photos at Disney, here are a few tips:

Want more photography tips? Check out this guide to getting in the frame with your kids while traveling.

Overall, if you have any eye at all for photography the memory maker is something to skip. Save your money, I promise you’ll find another place to spend it in Disney – probably on your very first day. Best Parks in Delhi [with photos]

Best Parks in Delhi Looking for a peaceful spot to escape the hustle and bustle of India’s capital? Here are Delhi’s top family-friendly parks where...
Booking.com